Kip Sullivan is a 1972 graduate of Harvard Law School. He has spent most of his professional life not practicing law, but instead organizing to put the private health insurance companies out of business. 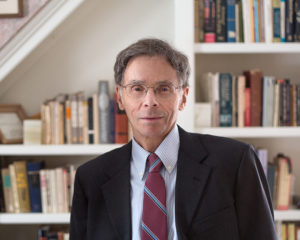 He is a prolific researcher and writer – posting at places like Health Care Blog and STAT.

What is single payer?

“First – one payer, not multiple risk bearing entities called insurance companies or health maintenance organizations (HMOs) or accountable care organizations (ACOs). One payer. All the risk lies with that one government payer.”

“Those are the four elements you need.”

And those four elements are reflected in the House bill HR 1384?

“Yes. And they were reflected in its predecessor, HR 676. And those four elements are reflected in a couple of state level bills, including the one our organization – Healthcare for All Minnesota and Minnesota PNHP support here in Minnesota.”

The Senate bill, Bernie Sanders’ bill, S 1129, does not reflect your definition of single payer. Why?

“It is missing two elements. It doesn’t have one payer. It authorizes multiple risk bearing entities called accountable care organizations. And because it authorizes these ACOs, it does not and cannot authorize hospital budgets.”

Medicare would set budgets for each of the 5,500 hospitals?

“Yes under Pramila Jayapal’s House bill and under HR 676, directors of regions would set budgets. They would all be working under the Secretary of Health and Human Services.”

Why is it important that Medicare sets the budgets for each hospital?

“In order to maximize social control over the allocation of resources. Here in Minnesota a year ago, the Mayo Clinic, which began buying up everything in site back in the early 1990s, closed down the Ob/Gyn department in a hospital in a small town – Albert Lea, Minnesota. There was no consultation with Albert Lea residents. It infuriated people. There were demonstrations. But the CEO of Mayo did not relent. That was an example of a decision that should not be made by some overpaid CEO running a hospital clinic chain. It is the kind of decision that ought to be made by a democratically appointed or elected body with input from the affected community.”

Let’s look at the largest ACO in the country –  Kaiser Permanente.

“They don’t call themselves an ACO, but you are absolutely correct. They fit the description.”

What do they call themselves?

“They call themselves either an HMO or an integrated delivery system.”

What percentage of patients in California are with Kaiser?

Under HR 1384, Kaiser would be put out of business and all of those patients would be shifted to Medicare. Under the Bernie Sanders bill, S 1129, Kaiser would stay in existence?

“If there is something really good about the way Kaiser manages, supervises, pays or incentivizes doctors, there is absolutely no reason why Kaiser can’t continue to do that even after they lost control over how much each hospital is budgeted and how much they pay physicians.”

“What Kaiser will lose is the ability to use their enormous market power to extract enormous discounts from drug companies, equipment manufacturers and non-staff providers that other insurance companies cannot extract.”

Kaiser will lose that ability, but the federal government will have much greater power to negotiate drug prices nationwide.

“Yes. When the original HMO proponents went to Congress in 1970 and said – we need HMOs, the argument was not – we need HMOs to become the size of Fortune 500 companies so they can squash the rates paid to doctors and hospitals. That was never part of the bargain. They were supposed to have improved health and lower costs by eliminating unnecessary care and only unnecessary care. And they were somehow going to do a better job of getting women to get mammograms and get people to stop smoking. That was the great promise of HMOs.”

“Had the original HMO proponents been forthright they would have said – HMOs are really not going to do that great a job of reducing unnecessary care, they are not going to be any better than regular doctors at preventive services. What we really mean is – we’d like you the government to encourage the cartelization, the growth of enormous hospital clinic chains so that they can use their power to squash provider rates. The Congress would have said – we are not going to do that. If that’s what we want to do, squash provider rates, we can do that through Medicare.”

Why is the ACO provision still in Bernie’s bill?

“I wish I knew how it got there in the first place.”

“The most plausible hypothesis is that Bernie has surrounded himself with advisors who are enamored with the latest version of managed care. The managed care diagnosis is that doctors are greedy or ignorant and they order services patients don’t need. And someone has to do the dirty work of making the doctors behave. And HMOs didn’t work that well. So now we are going to do ACOs. And ACOs are just HMOs on training wheels.”

“A single payer system with ACOs is an oxymoron. The experts were telling Shumlin that he can achieve the administrative savings of a single payer even if you insert these new fangled entities called ACOs. Of course, Bernie has been representing Vermont in Congress. He was quite aware of this report and of the people who started promoting it.”

“If you ask me where did Bernie get this nonsense, it came from that report and from the distorted discussion of the Vermont bill. One of my complaints of the national single payer movement is we never said – stop calling Shumlin’s bill single payer. We didn’t do that. And when it failed, the blowback came back at us.”

“I have been asked by Democrats here in Minnesota – if single payer can’t work in a blue state like Vermont, why do you expect it to work in Minnesota? And you have to start from scratch and say – what Shumlin was proposing was not a single payer. He was proposing to set up a state board. He was going to hire Blue Cross to negotiate with three gigantic hospital clinic chains in Vermont. They were going to call them ACOs. And then the chains would bear all risks and act like insurance companies. Why would you expect to save money when all you have done is roughly recreated the same system with some newfangled terminology?”